Our Week Without Waste

The world is ending and it’s all your fault. Find out how we did, when we tried our hand at reducing office waste.

Amongst the team at Webstars, the topic of the environment comes up a lot in our office debates. What is causing the most damage? Is it too late already? Has Elon Musk already given up on this planet? Campaigners for change are even arguing amongst themselves with David Attenborough’s Dynasties series on BBC One coming under criticism for downplaying the seriousness of the situation. We decided rather than just keep talking about it, we’d see what changes we could make and the Week Without Waste was born.

We started off by measuring our current waste levels and spent 19th-25th November collecting and separating our waste into washed recyclable, green waste, coffee capsules and non-recyclable waste. By just counting the waste, we found that we saved bin bags as we were now separating the smelly green waste from the general bin meaning we didn’t have to take the bin down half full every day to avoid odours. Our Director Jez is notorious for keeping a clean office and we had to make sure we kept the waste we were storing for measuring as tidy as possible. He dubbed the green waste bin as a “box of germs” and refused to touch it! 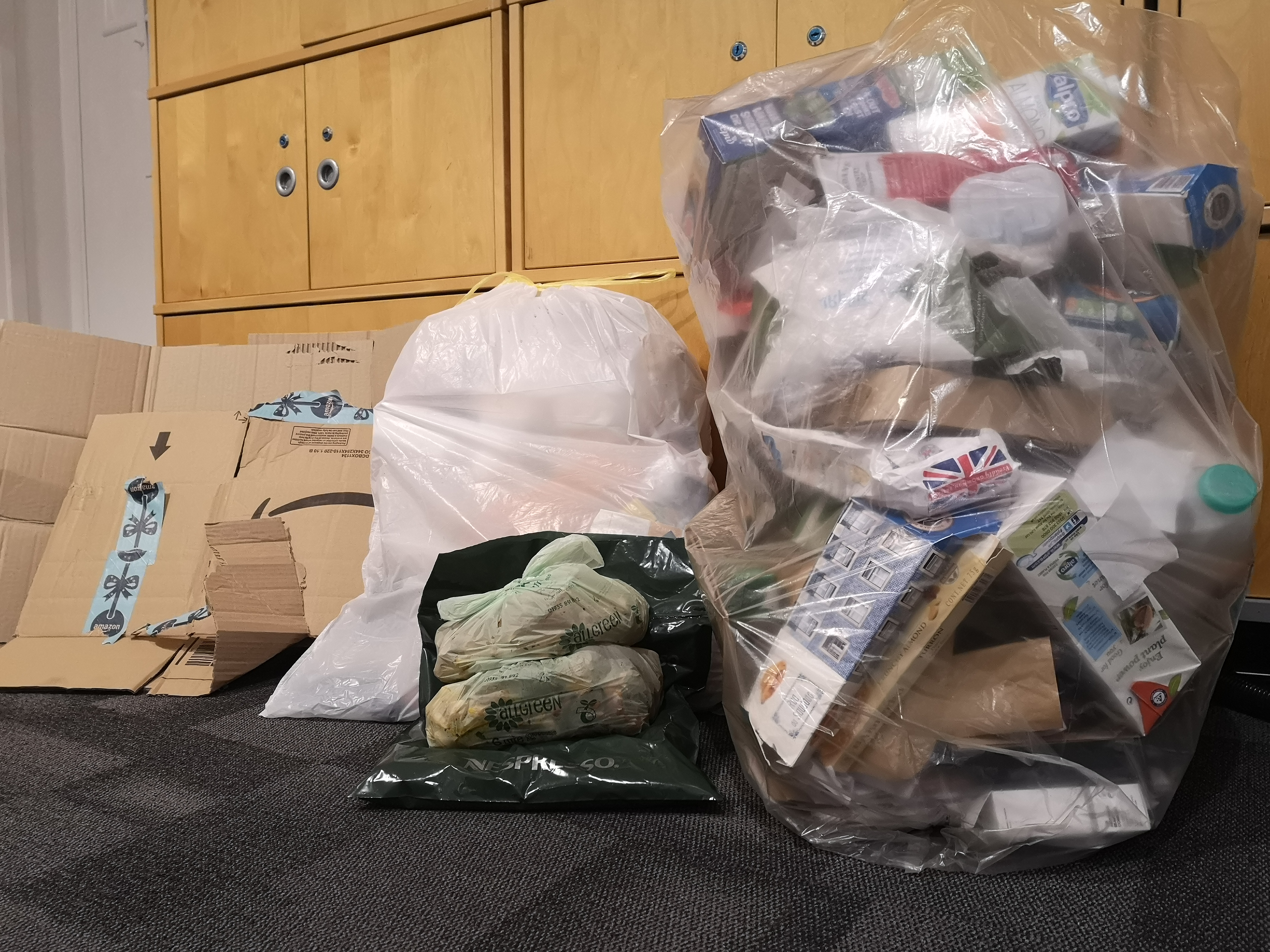 After the first week, we put everything together, it’s hard to be truly aware of how much waste you’re responsible for until you can see it and the results were shocking to us all. The key offenders of our waste were fast food packaging, milk cartons, coffee capsules and cardboard boxes from deliveries. 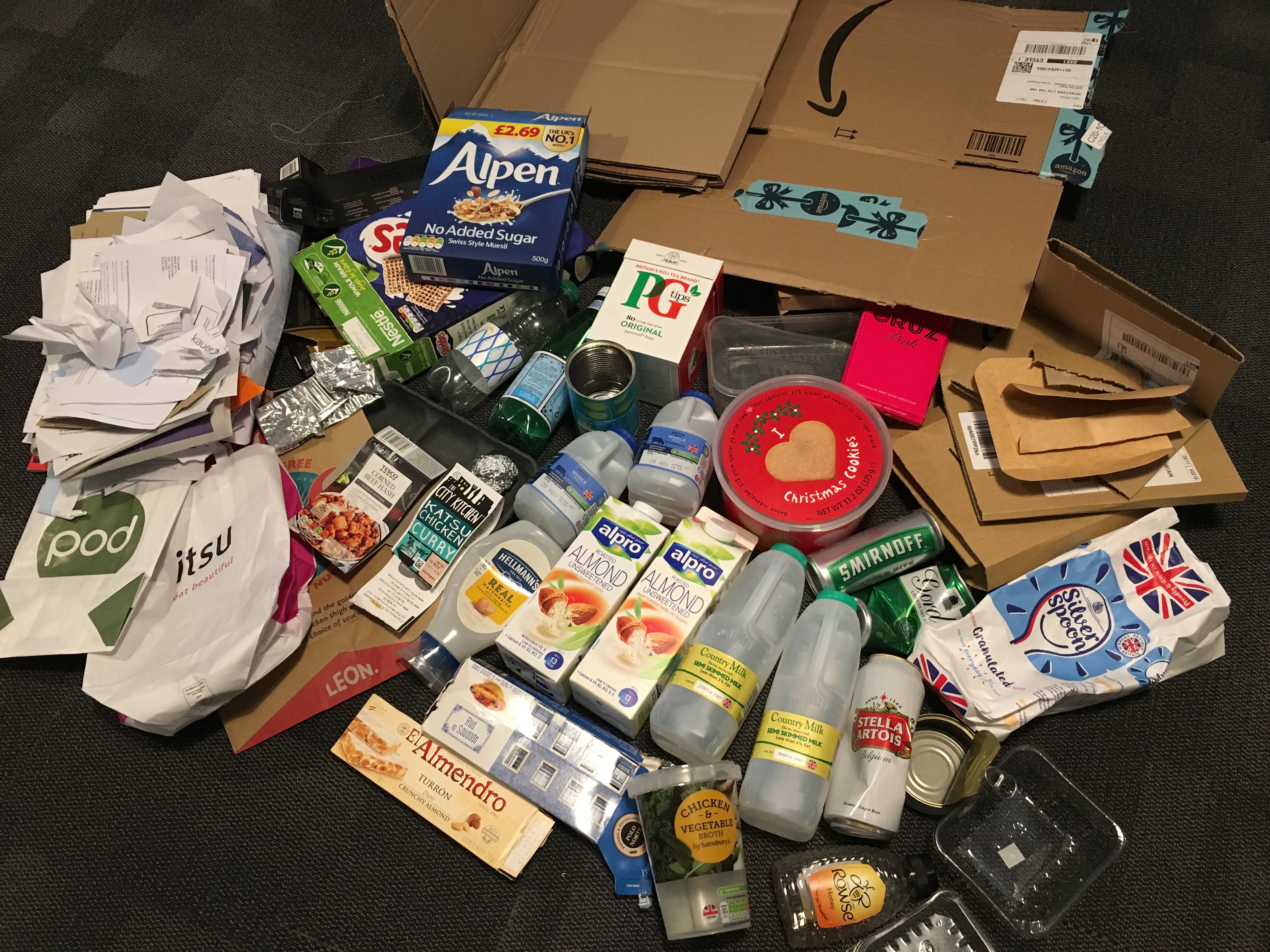 Then came the real challenge, how much could we reduce the waste by when we all put our minds to it. On the 10th of December, we started our Week Without Waste. The idea was to try to reduce waste by bringing in our own lunches, buying milk in bulk and consuming as little plastic contained goods as possible. We faced two massive blows to our efforts:

Christmas creates crap. Tis the season of giving, wrapping, receiving and scrapping. We had Amazon Prime deliveries coming around the clock, each with more packaging and cushioning than you could fit in the Tardis. Amazon has improved a lot in that they use far more cardboard than plastic in their packaging now, but still - we were struggling.

We investigated this a bit more and found that:

- in the UK we produce 300,000 tonnes of card packaging at Christmas alone.
- 1 billion cards end up in the bin, instead of being recycled
- the amount of wrapping paper used for presents is enough to wrap around the equator 9 times and that’s just in the UK.

If Christmas crap wasn’t enough to take us well over our target in our Week Without Waste, Jez’s ambition to spring clean was. Towards the end of the week, the announcement was made - we were to clean out the cupboards, desks and filing cabinets of scrap paper and rubbish.

The Results? Our Week Without Waste generated almost more waste than when we weren’t trying! 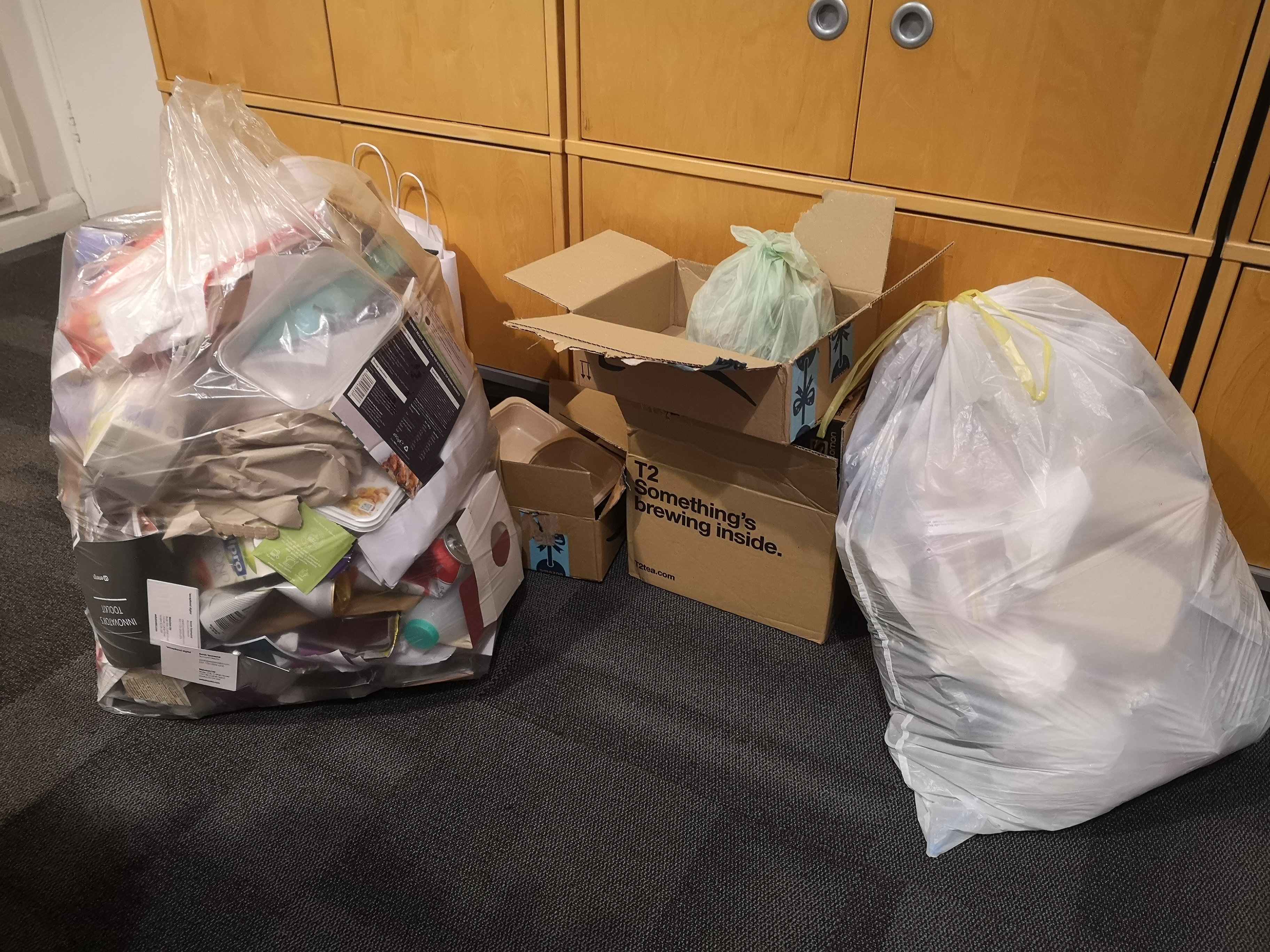 Our biggest learning from the Week Without Waste is that living waste free in our society takes more than one office and one week. We have grown accustomed to throwing our rubbish in the bin without thinking about the effect it has on our environment because we don’t really see it. It leaves our office every week in small bags, collecting with our neighbouring offices before being shipped to a landfill in places we don’t see.

It’s well reported that we cannot recycle our way out of the serious environmental change that will affect the poorest and least polluting countries most. Beyonce and Jay-Z’s challenge to their fans in the new year is Veganism. I’ll let you know how Jez gets on with that challenge!

Check out our other, more researched blog on the subject - 15 ways to reduce your business' environmental impact